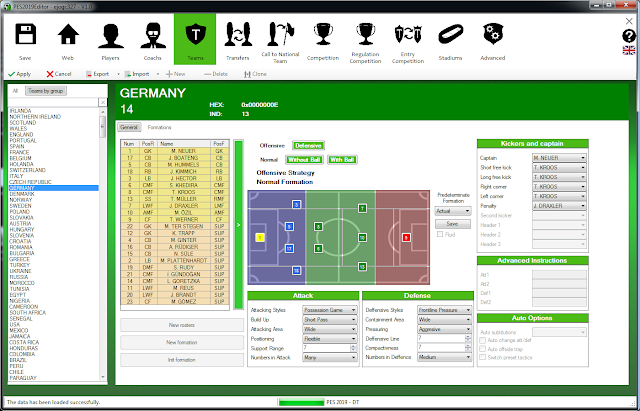 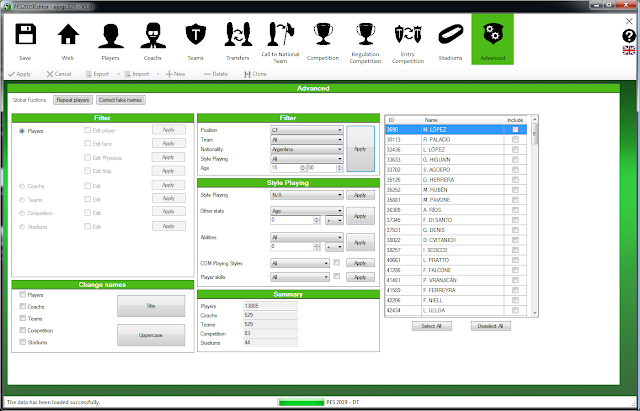 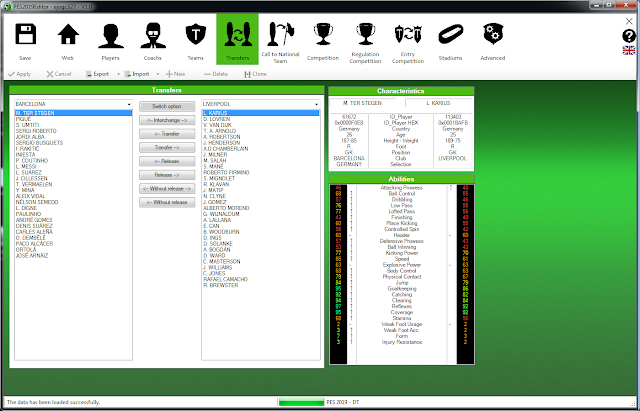 IMPORTANT
➧This tool is in English, Spanish, Italian and Portuguese. If you want add another language in other version, please translate the file ENG.txt and share it.
➧If you import new teams in Teams.bin, the game can't create EDIT file. You'll need create EDIT file with the new teams manually or importing in EDIT file too.
➧The CSV files can be separated by comma, semicolon or tabulation, but must be *.csv.
➧The CSV files must be UNICODE or UTF-8 to get special characters.
➧In EDIT mode, can't create players with any Id. It must be higher than 1048576 (0x100000).
➧To import the order don't matter, but the headers do. You can't change them.
➧You can export and import between PES2017 and 2018.
➧Before use this tool, make a backup. 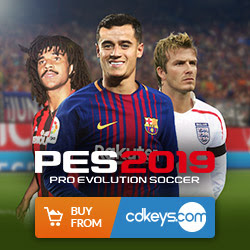