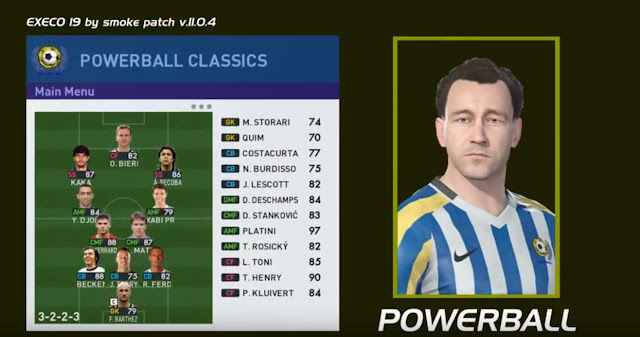 Imported more players
Imported around 40 new players added by the latest live update, most of them are youth team, also we have unlocked all free agents players so now all are available to assign to any team.

Updated more kits
More kits are updated and included in the patch (thanks to elements MAX), real betis 18/19, tottenham 3rd, and others..

Updated graphics
Made a graphics updates and enhancements, including updates for 3 boots models, faces addition, minifaces, coaches and other graphics.

Real name for all players
Due to licences with konami, a lot of teams have players fake names, mostly some Brazilian teams and national teams, in smoke patch we edit the names to have all players correct.
players also have correct ID, no fake ID present in the patch.
added and enhanced a lot of minifaces, used in execo18.

Real name and logo for all teams
Teams that do not have licence have fake names and logo, smoke patch edit all the teams names to be correct and add their correct logo.

Added full Bundesliga
We have added the full Germany bundesliga to execo19, all teams have their correct and updated kits made by MAX, the game already have two teams made, we added the 16 remaining teams with correct squads, formation and other team attributes.

Added Real kits for all teams
Teams without a licence do not have real kits in the game, smoke patch replaces the fake kits with real kits for all the unlicensed teams, most kits are updated by elements MAX.
we recreated all the added kits specially for execo19.

Added real ad-boards
We have converted the default ad-boards from execo18, all stadiums should have this applied, we will enhance and add more in future versions.

Added more real faces
Smoke patch converted about 200 more real faces from previous version and added them to execo19, we will add more in future versions.

Added more stadiums
We have converted stadiums from pes 2018 and included them along side the new stadiums that came with the new DLC, new stadiums:

- Allianz Stadium (st022)
We have updated Juventus stadium from execo18, added the new emblem and made a lot of enhancements,

- Signal Iduna Park (st051)
Borussia Dortmund stadium is imported from PES 2018, the stadium is converted and added directly to execo19.

- Wanda Metropolitano (st056)
this stadium is also converted from pes 2018, assigned the stadium to Atletico Madrid.

- Old Trafford (st007)
converted and re-textured from execo18, please note that this stadium have day only, it is possible to change the stadium from edit mode if you want to assign another stadium for man united.

- Allianz Arena (st011)
also converted from execo18, we have edited the turf for better quality pitch.

- The Ultimate Stage (st057)
This fictional stadium of the uefa champions league was added in pes 2018 by konami, we have re-imported this stadium to pes 2019, please note that we have added the stadium as it is, there is some problem with the a portion of the crowd.

- eFootball.Pro Arena (st080)
Added by konami in DLC2, this stadium as added as it was made by the game.

Offline and konami live update:
We create the patch focusing on offline gaming, when you play online the game will use konami live update data to ensure all players have the same database, so the patch features will not be present such as team names and logo, however some features will remain such as kits, faces, ...)
in offline mode you have the option to use live update or smoke patch update, switch between them in team select by pressing the right analogue stick.
🔻🔺🔻🔺🔻🔺🔻🔺
EXECO PATCH V11.0.4
🔻🔺🔻🔺🔻🔺🔻🔺
"Si no sabes como descargar de nuestra web, te sugiero mirar el siguiente Post" 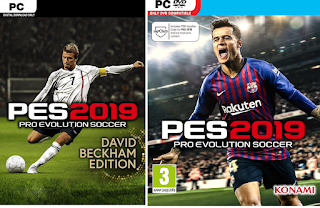