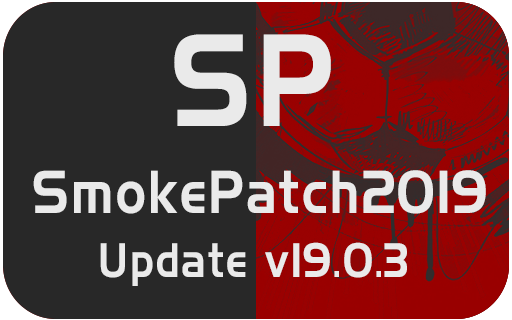 FEATURES
V19.0.3
👉Include updates 19.0.1 + 19.0.2 + 19.0.3
👉Compatible with DLC 5.01
👉Better quality graphics with high performance navigation.
👉Smokepatch19.03 now runs faster than the default game in many aspects, added some missing textures for kits and corrected some minor issues reported by fans.
👉Added new DLC 5.0
The game recently released a new data pack, this usually makes the patch incompatible, a compatibility fix is needed and included in this update. many features added like kits and faces all are included.

👉Added more real faces
A lot of new faces added to smokepatch, most of them from the new DLC, added many youth players real faces too.

👉Optimized database
Revised the database and corrected some errors that might have caused some lags when viewing players list or similar actions, the patch will generally run smoother.

👉Other fixes and enhancements
Many reported bugs related to faces and graphics are all reviewed and fixed with other small enhancements and general tweaks.